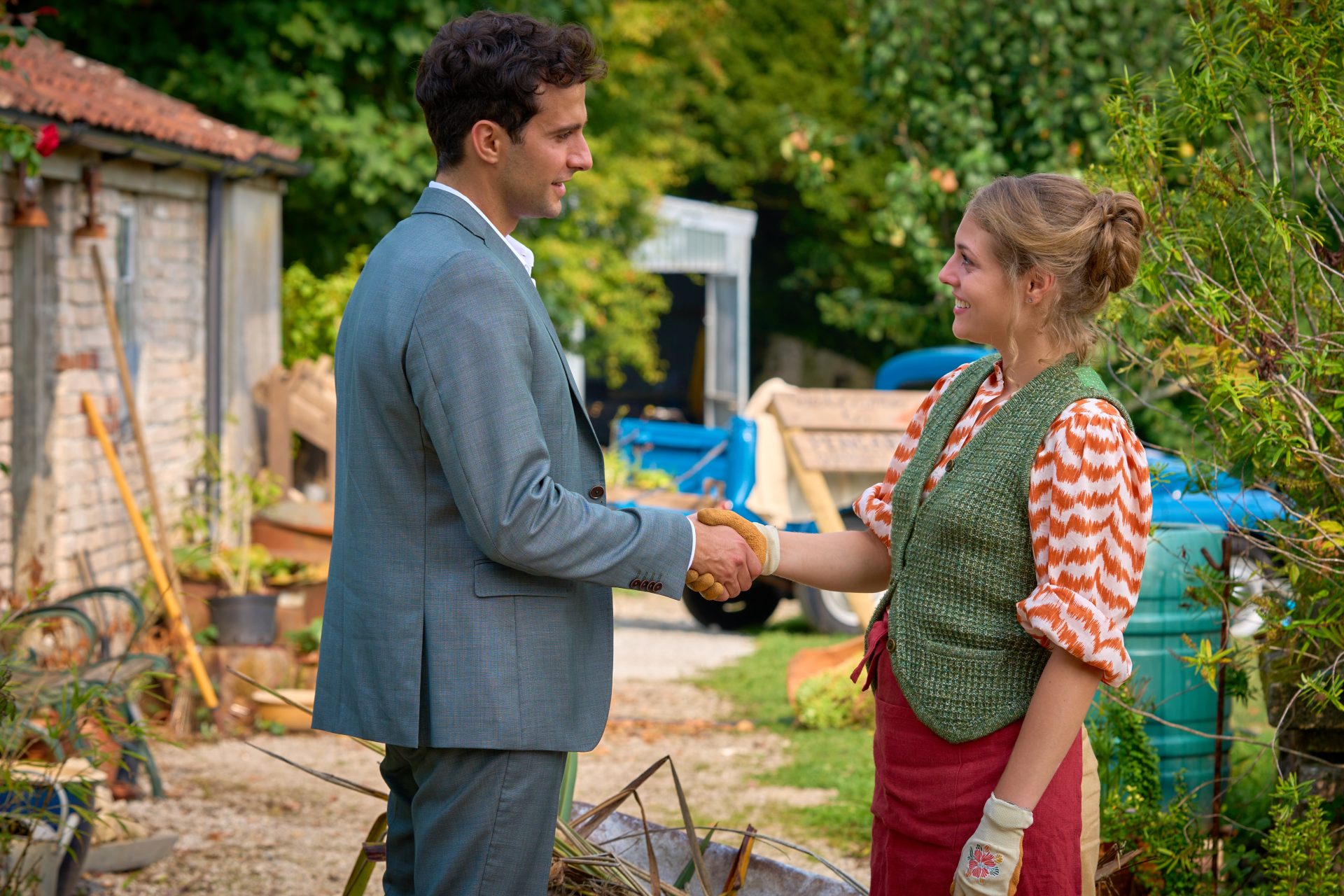 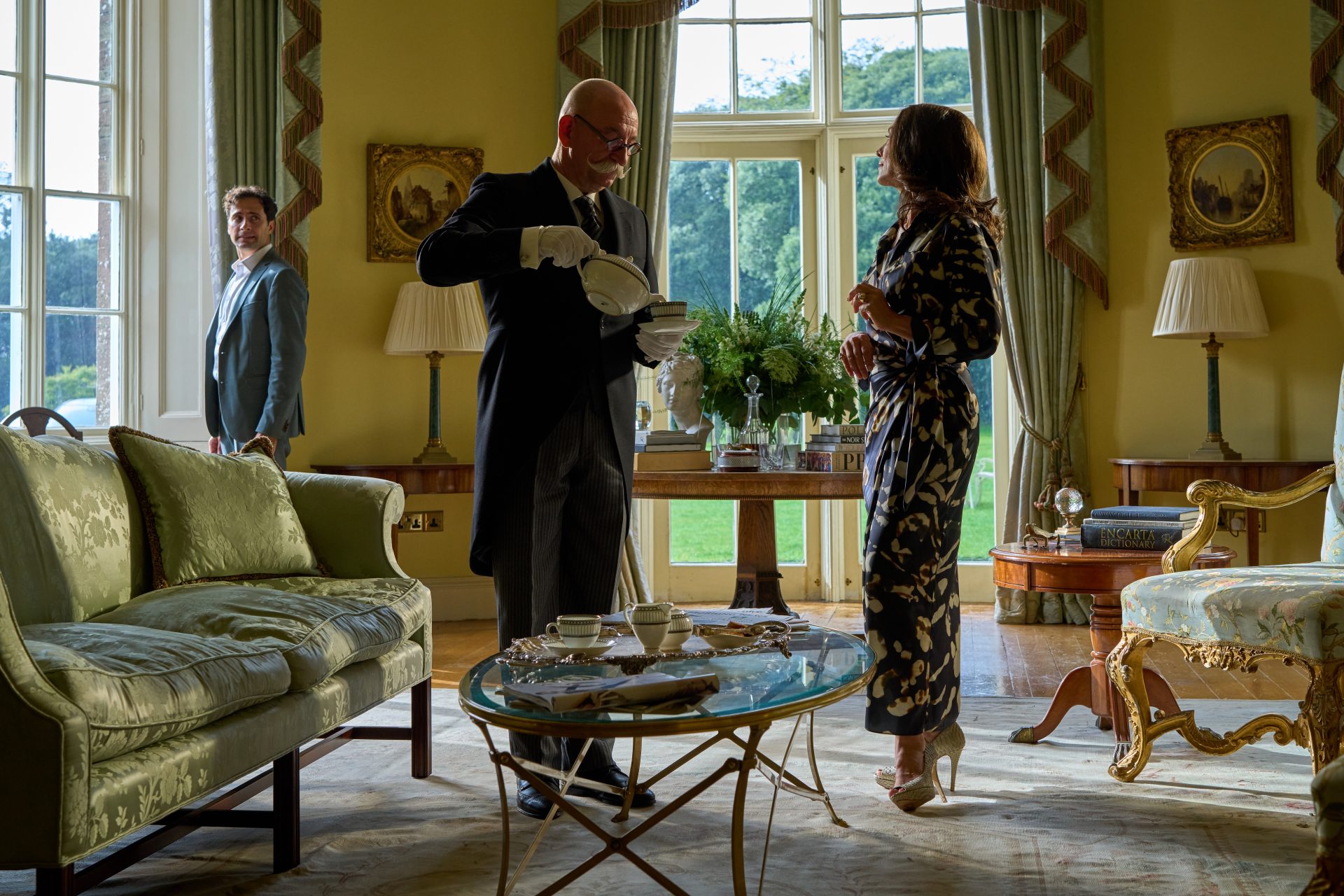 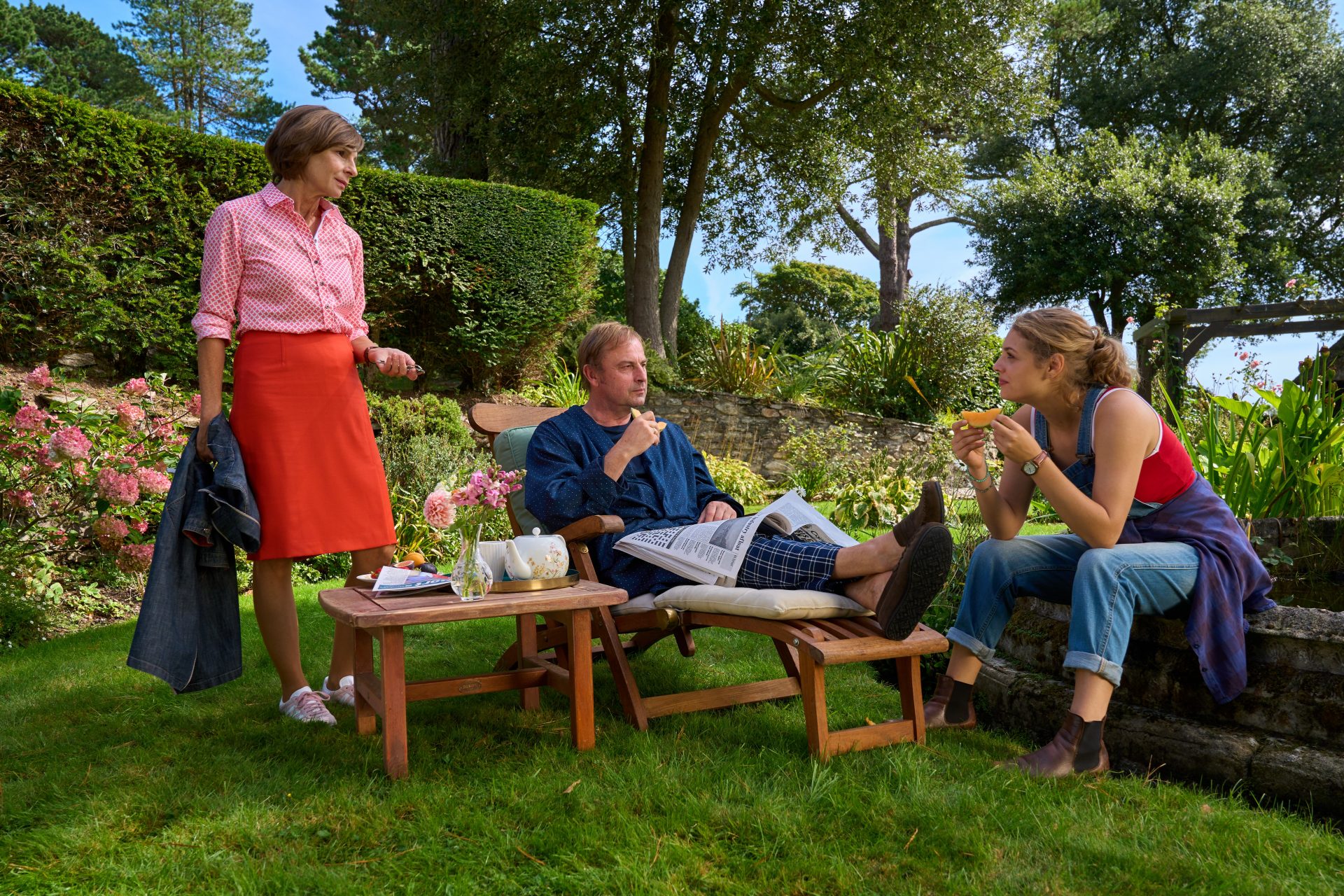 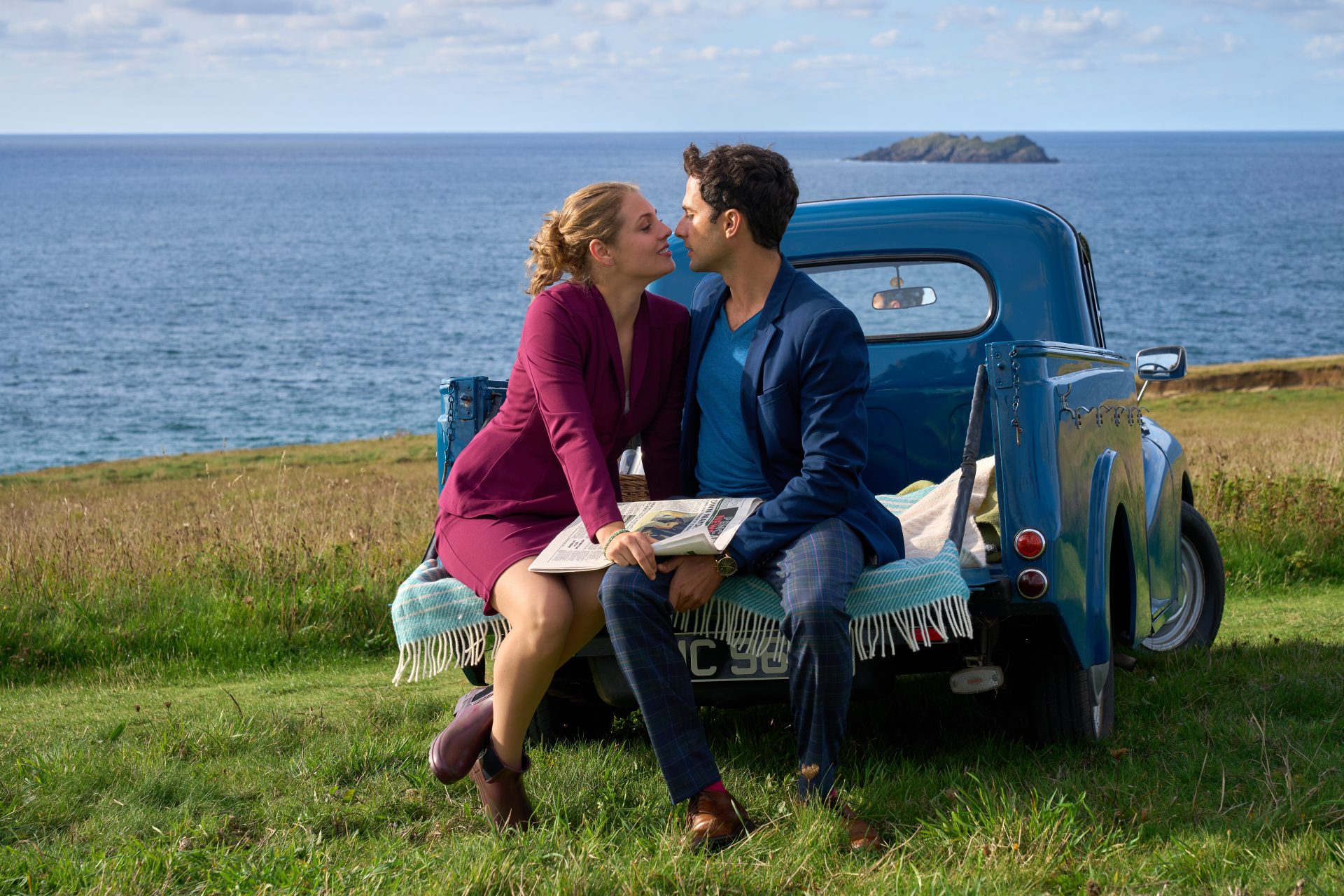 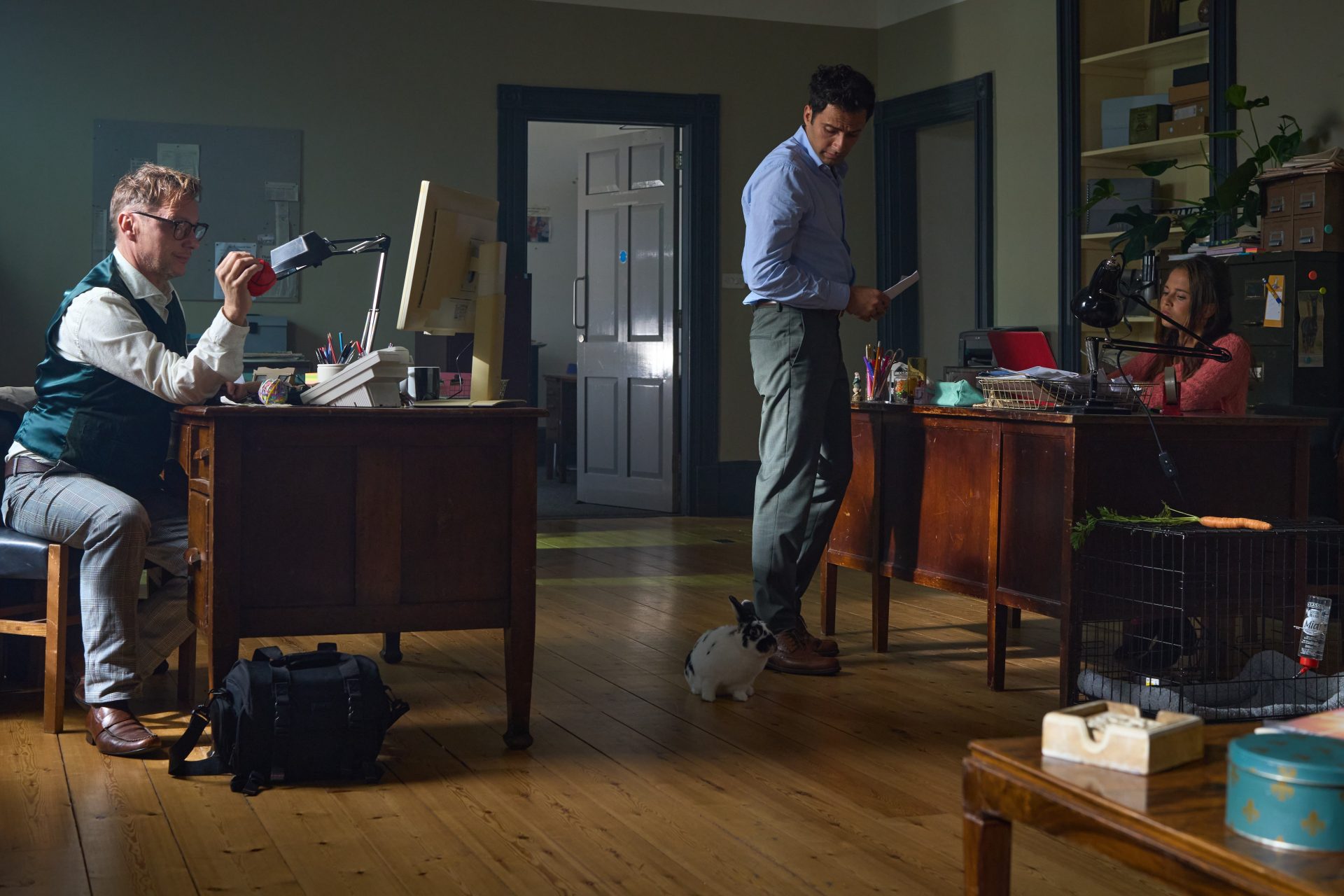 Laura Seal, a self-employed gardener, has been committed to her small community, with which she is firmly rooted, since her youth. As the youngest member of the local council, she has just set up a community garden in which the citizens grow fruit and vegetables together, when unexpectedly her father, Francis Seal (61), the deserving mayor of the community, suffers a heart attack. Francis, who is simultaneously burdened by marital problems, fights to temporarily relinquish office in order to spare himself. He considers himself indispensable, especially as the most important project in decades, the modernisation of the ailing harbour, is about to be signed. The municipal council has to force Francis out and elects his daughter to office. So the politically inexperienced Laura is thrown in at the deep end, and becomes mayor of the municipality.

At the same time, Robert “Bob” Spencer, an aspiring journalist in London, has fallen flat on his face with his scoop. Instead of bringing down a minister, he is threatened with sacking. Publisher Dame Hennessy, a powerful aristocrat, wants him out of the firing line and offers him the job of editor-in-chief of a local paper, the Village Chronicle. Bob, who actually thinks he’s too good to be provincial, has no choice and sets off for Cornwall.

When Laura and Bob meet, they immediately spark. They become closer, although both have to fight on different fronts at first: Laura has to find her way in the shark tank of local politics, especially because the investors who want to help finance the harbour expansion give her the cold shoulder. Bob has to fill the local newspaper with two employees. Their experience, their backgrounds, their worlds could hardly be more different. Laura is of public interest as a young mayor, and Bob urgently needs to fill columns. So he offers Laura a portrait for which he has to get to know her better. A classic win-win for both. And, of course, the opportunity to spend romantic hours together.

But the more fiercely love strikes, the more clearly it becomes apparent what separates the two: the harbour expansion is faltering. Laura threatens to ruin her father’s life’s work. Accordingly, she hopes that Bob’s portrait will have a PR effect that will strengthen her position in the local council. The ambitious Bob, however, wants to remain true to his journalistic principles. And so the article turns out to be rather distanced to critical. Laura feels exploited and is bitterly disappointed. And Bob remembers his real goal, to redeem himself with the Chronicle in order to return to London as soon as possible. To do that, Bob needs to increase circulation. What’s missing is a crackerjack story. This comes in the form of photos leaked to the Chronicle by an unknown person. They show illegal activities by the old mayor. And Laura seems to be in on it too. Bob is conflicted, wanting to hold back his research. But due to the volunteer’s excessive ambition, the article does appear, just at the moment when Laura has forgiven Bob – and seduces him for the first time.

The article causes a stir in the village. The Chronicle has its story. But at what cost? Francis is pilloried, suffers another heart attack. Laura, who was only trying to protect her ailing father, is tarnished. The harbour project, which was supposed to bring jobs and tax revenue to the community, threatens to fail once and for all. And love is also threatened with extinction. But in life, as in politics, every defeat always offers an opportunity: to learn from mistakes, to do better – and to rise above oneself in the process…