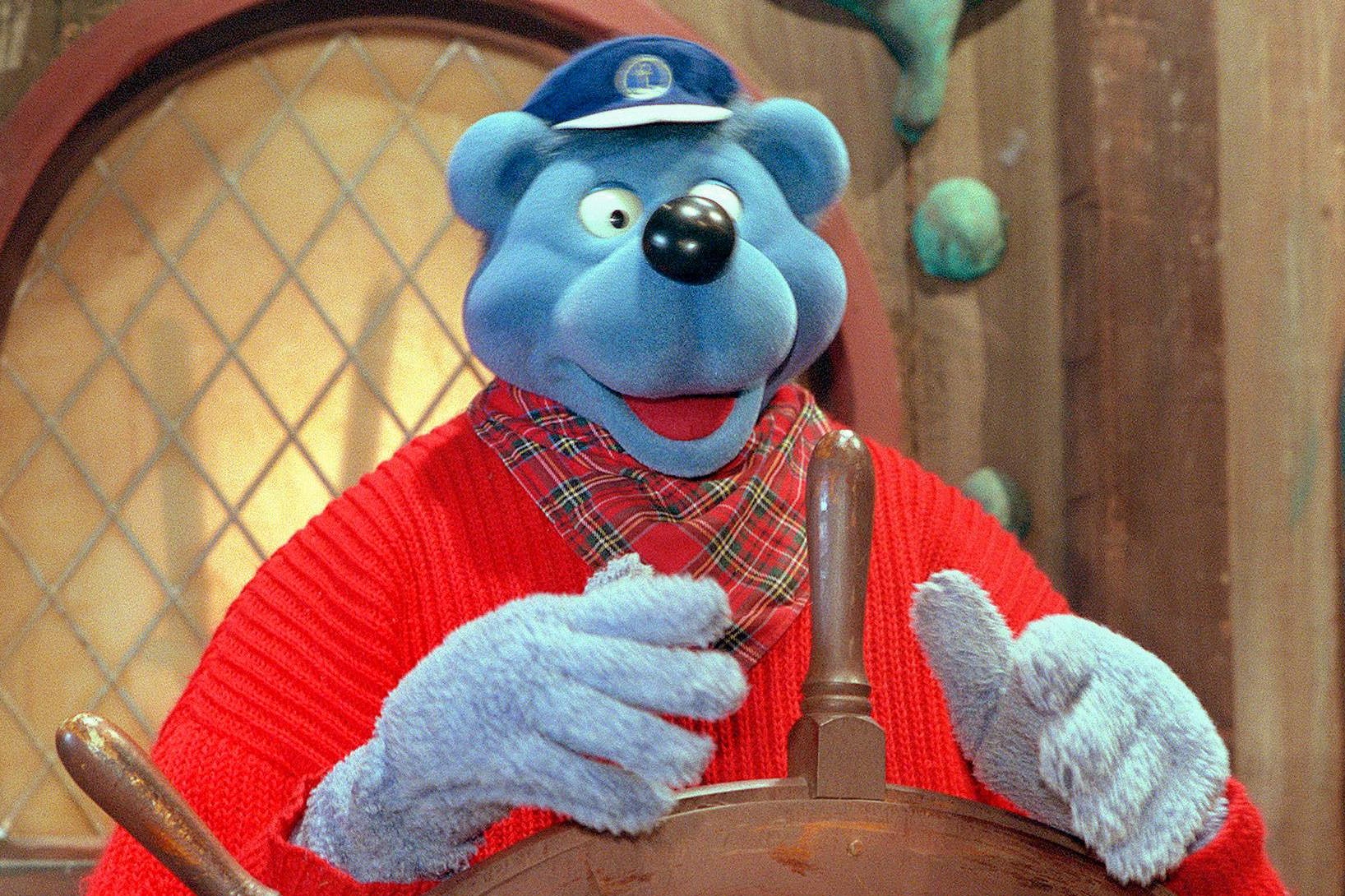 Where the sea is closest to the land, on a rugged cliff, Captain Bluebear, a retired sea dog, lives in his disused ship. It is comfortably furnished with all kinds of souvenirs from Captain Blue Bear’s wild days: a spike that he once drove out of Neptune’s crown; a genie that doesn’t want to get out of his bottle but stay in it (very rare); a can of pirate cream (even rarer); and whatever other trophies he has accumulated in the course of his active years. They often and gladly serve him as an occasion to spin his sailor yarn.

Besides Captain Blue Bear, his three grandchildren (one girl, two boys) live on the ship. In addition to their unusual coloration (one yellow, one green, one pink), they are characterized by a pronounced disrespect for their parents. Thus they leave no opportunity unused to mess up their grandpa’s stories or to involve him in contradictions. This succeeds only to a limited extent: probing interrogations fire Captain Bluebear’s imagination. He still succeeds almost every time in captivating his grandchildren. This requires a high level of imagination and a certain penchant for untruthfulness, both of which Grandpa possesses to a high degree.

The fifth member of the group is Hein Blöd, a light sailor rat with whom Captain Bluebear has experienced many a fiasco and who has taken up residence with him for an indefinite period of time. Hein Blöd lives up to his name: rather dim-witted than shoddy, but still a good skin, in short: loyal but dumb.