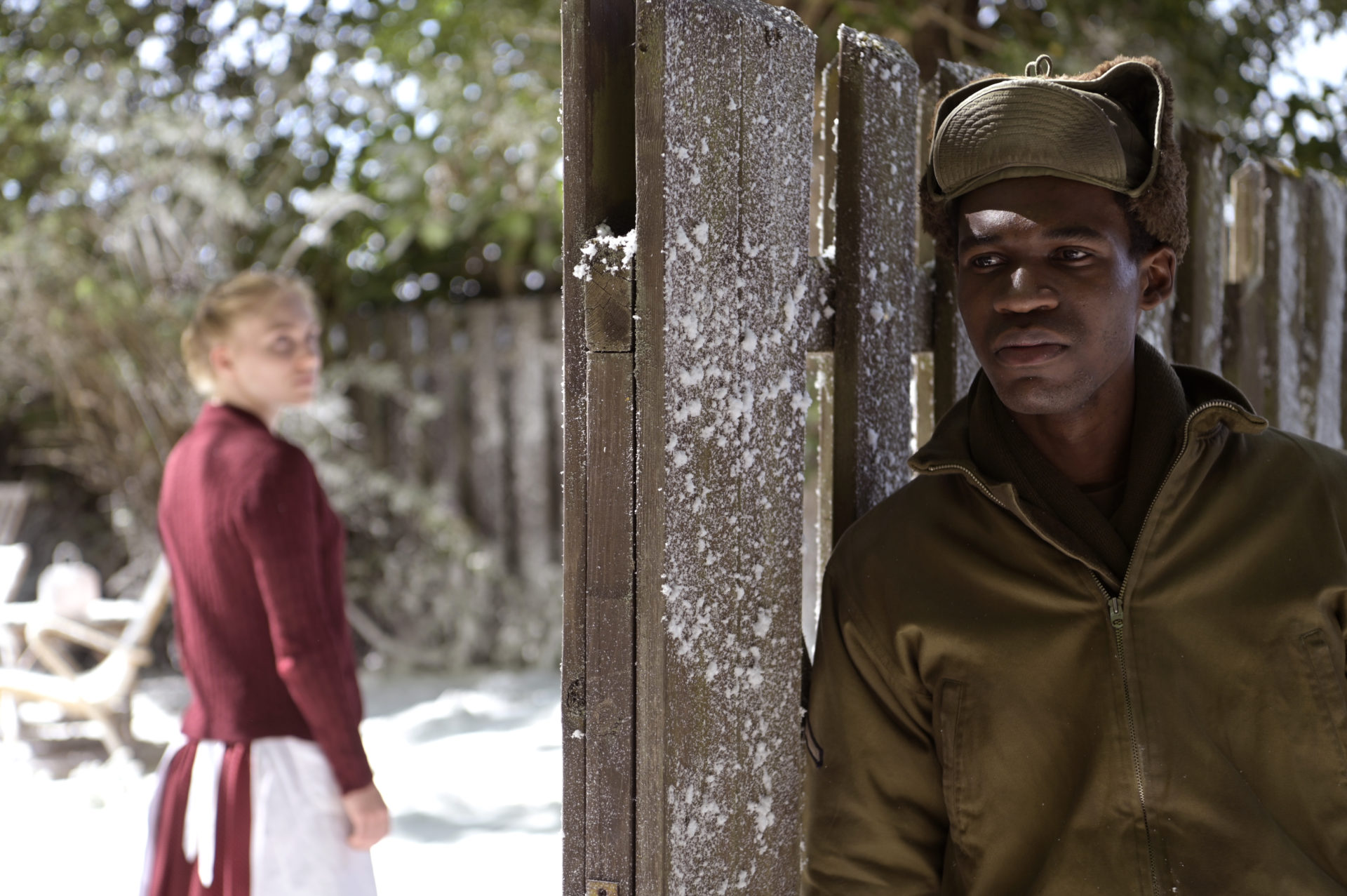 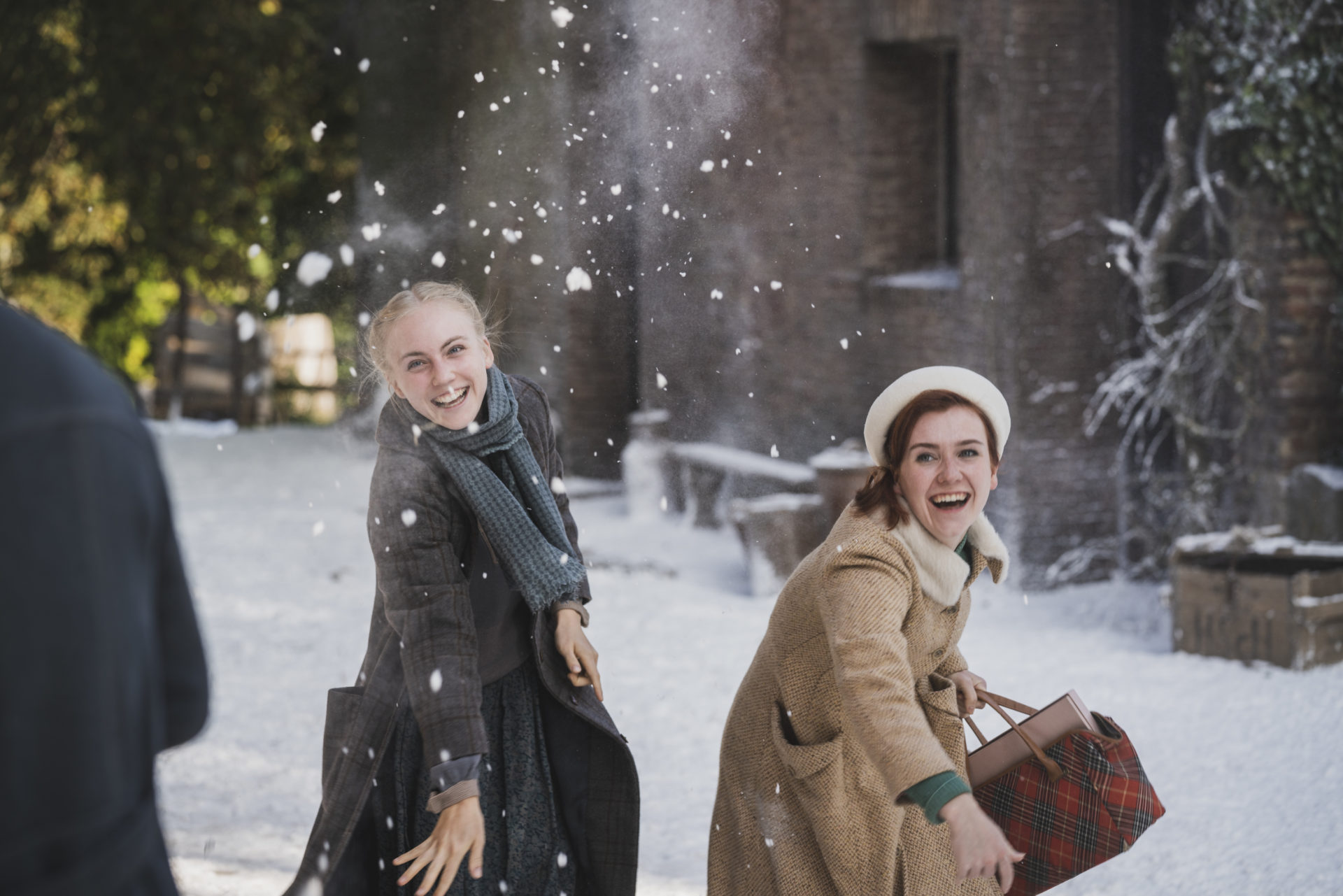 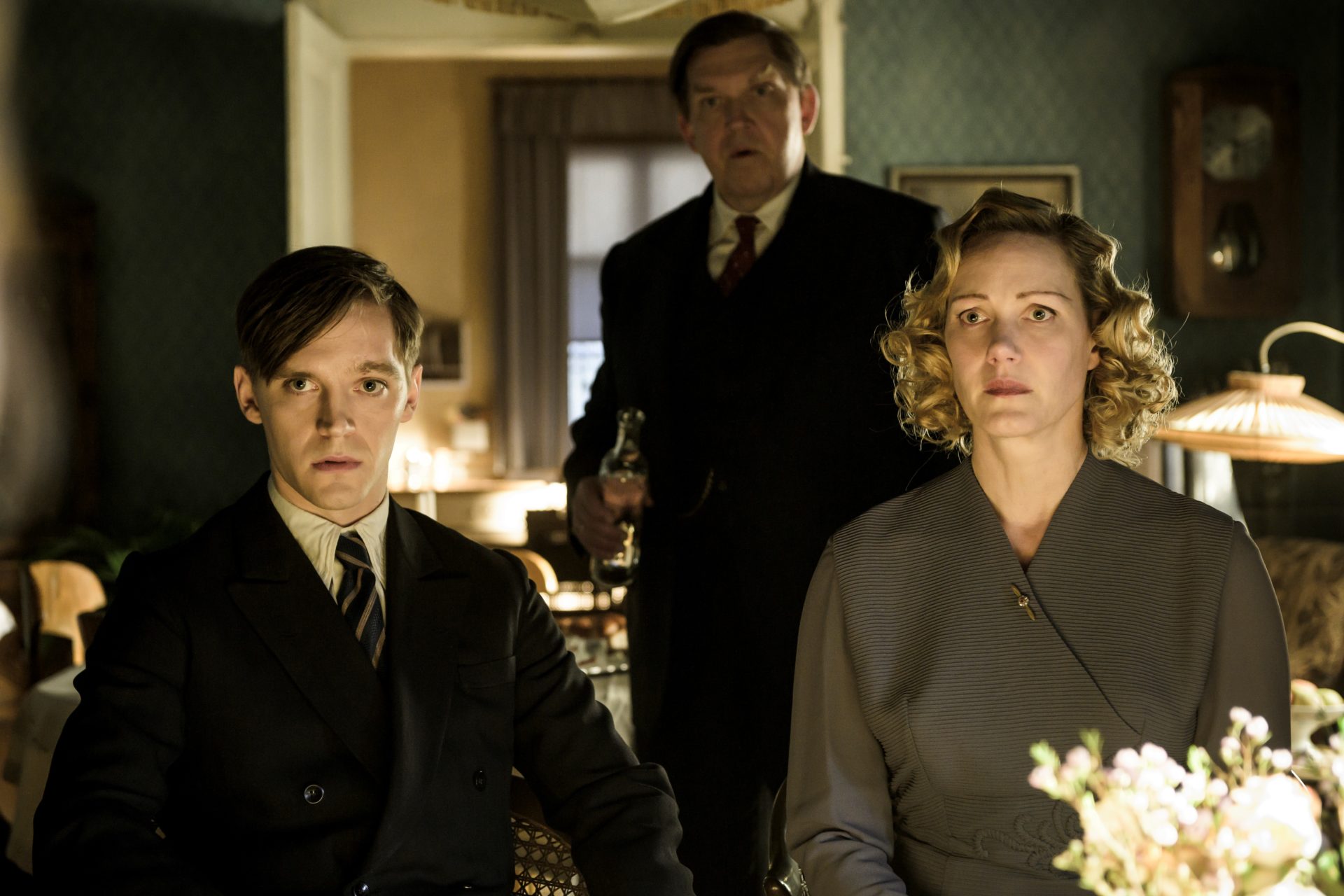 Between two worlds: Forget the yanks

George does not want to give up Marie – he knows that she loves him. But Marie remains firm and verbally hurts George in the presence of Siegfried to make her position clear. Siegfried also makes an effort and helps to modernize the Kastners’ farm. As winter sets in, Martha shows up at Kaltenstein with a couple of ‘Freudenmädchen’. She seeks contact with Erika, but she now seems ‘purified’ and rejects her former companion from the Paulinenstift. This is in contrast to Vinzenz, who, despite the age difference, falls in love with the brash, modern woman right away. In the meantime, Vincent no longer deals only in cigarettes, but also in all kinds of souvenirs at a stall in front of the Hawaii Bar, where – in deliberate proximity to the Yanks – Martha and her entourage also hang out. The priest and the mayor’s wife Anneliese are increasingly appalled by the decline in morals in their town and want to put a political stop to the Americans. However, Mayor Strumm, whose construction company is to profit from the planned military hospital, wants nothing to do with it.

In the course of Marie and Siegfried’s wedding preparations, Erika discovers that she is pregnant. She hopes Bill will propose, but he announces that he already has a wife in America and forces money on her for an abortion. Erika is devastated, unable to turn to Marie or Siegfried in her shame, and finally asks Martha for help. Marie and Siegfried try to sleep together, but Siegfried is caught up in his war trauma and – as if delirious – unloads his aggression on Marie. She forgives him, but more outbursts of rage follow. When Marie’s mentor Amy overhears this, she advises Marie to go her own way and follow her creative interests.

But then everything turns out differently: in an accident on the military training ground, George’s life is in danger, and Marie – after a moment of great anxiety – falls overjoyed into the arms of the unharmed George. She now knows what to do: at the preliminary meeting for the wedding with her parents and the Strumms, Marie breaks off the engagement with Siegfried – a shock for everyone involved. Erika, who has gone with Martha to an ‘angel maker’, is unaware of any of this and also makes a momentous decision.