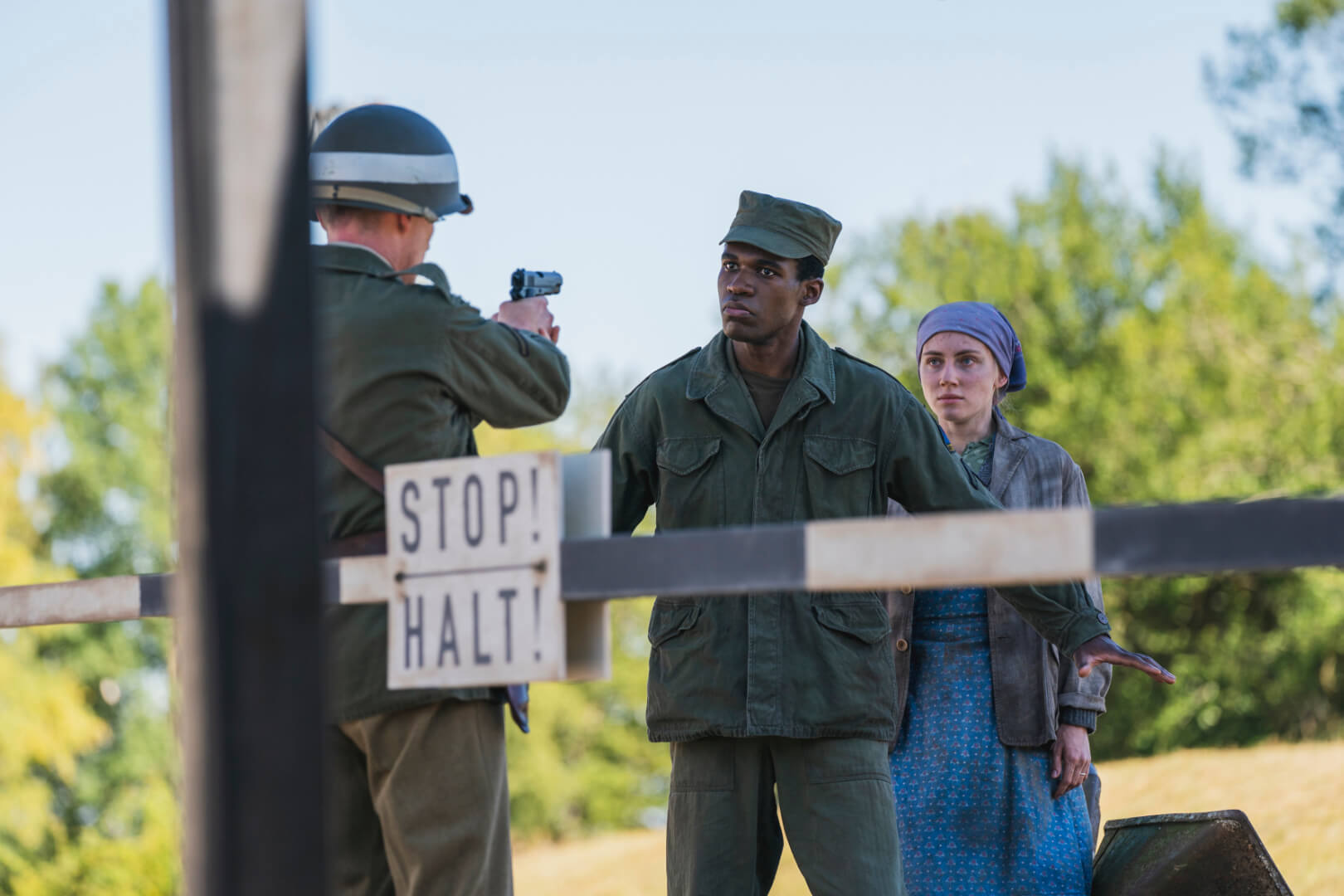 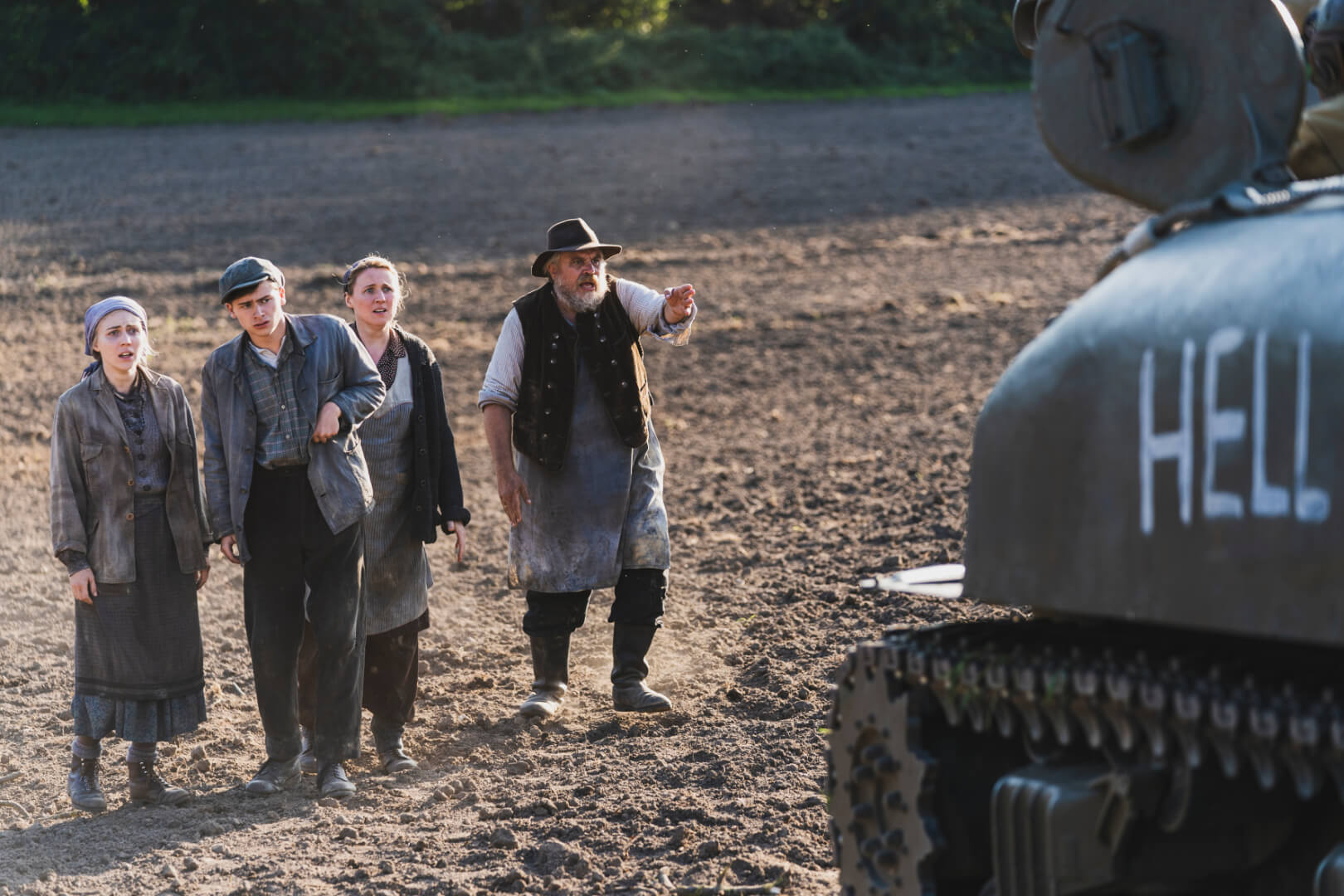 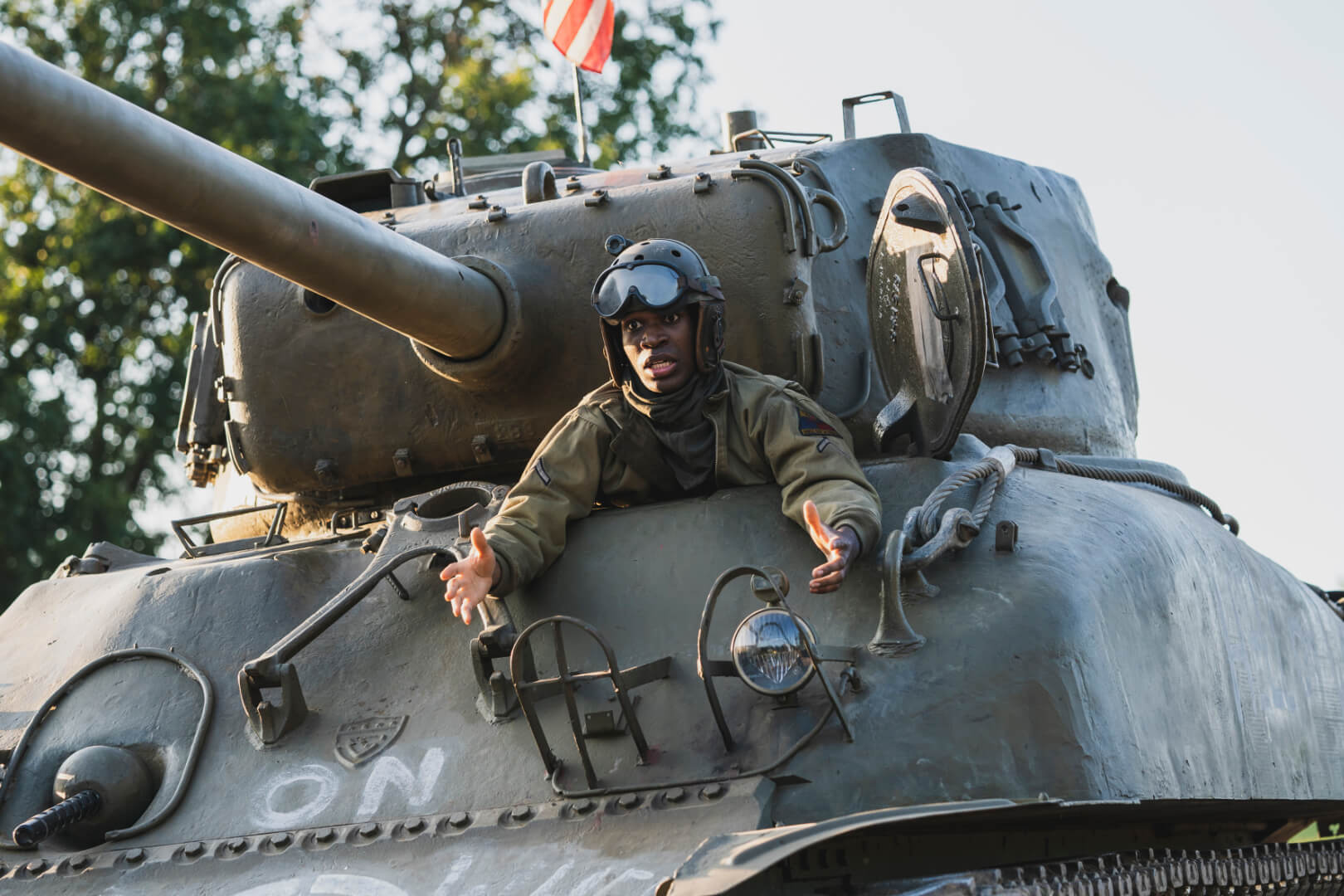 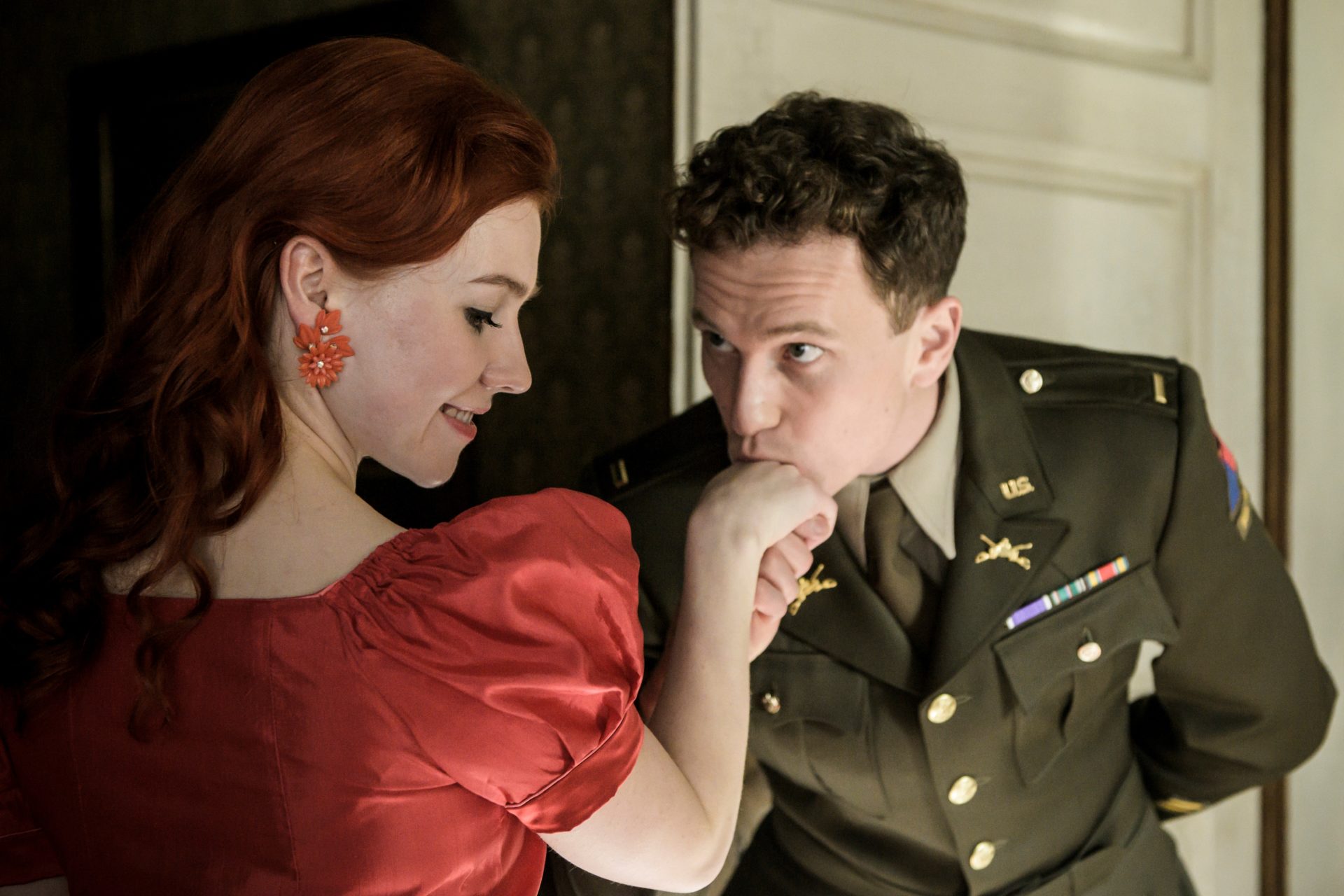 Between two Worlds: Welcome to Kaltenstein

After an old aerial bomb explodes in the Kastner family’s potato field, an American tank destroys their crop. The driver of the tank, a soldier named George, wants to repair the damage and is immediately intrigued by the farmer’s daughter Marie. While she remains reserved and sends the black GI away, her best friend Erika, daughter of Mayor Strumm, is thrilled by the lifestyle the Americans bring to sleepy, conservative Kaltenstein. Equally euphoric are George and his black comrades, who experience a touch of freedom in Germany for the first time when they can order beer without limits in the Kaltenstein ‘Postschänke’ and go out with white ‘Fräulein’.

In general, there is a spirit of optimism in Kaltenstein: while Erika’s father is busy doing business with the new ‘occupiers’, first Marie and then her father messes with the Americans. When old man Kastner is arrested after an outburst of rage and then his land is annexed for the construction of a U.S. military hospital, Marie takes a job at Armybase in the household of Colonel in charge Jim McCoy in order to save the farm and her family’s livelihood. And in her private life, too, Marie ventures into a new world: her first visit to the cinema with Erika opens her horizons, while still thinking of her fiancé – and Erika’s brother – Siegfried, who has been missing for years as a Russian prisoner of war. Meanwhile, Erika amuses herself with the Americans, with her eye on Sergeant Bill, Colonel McCoy’s right-hand man.