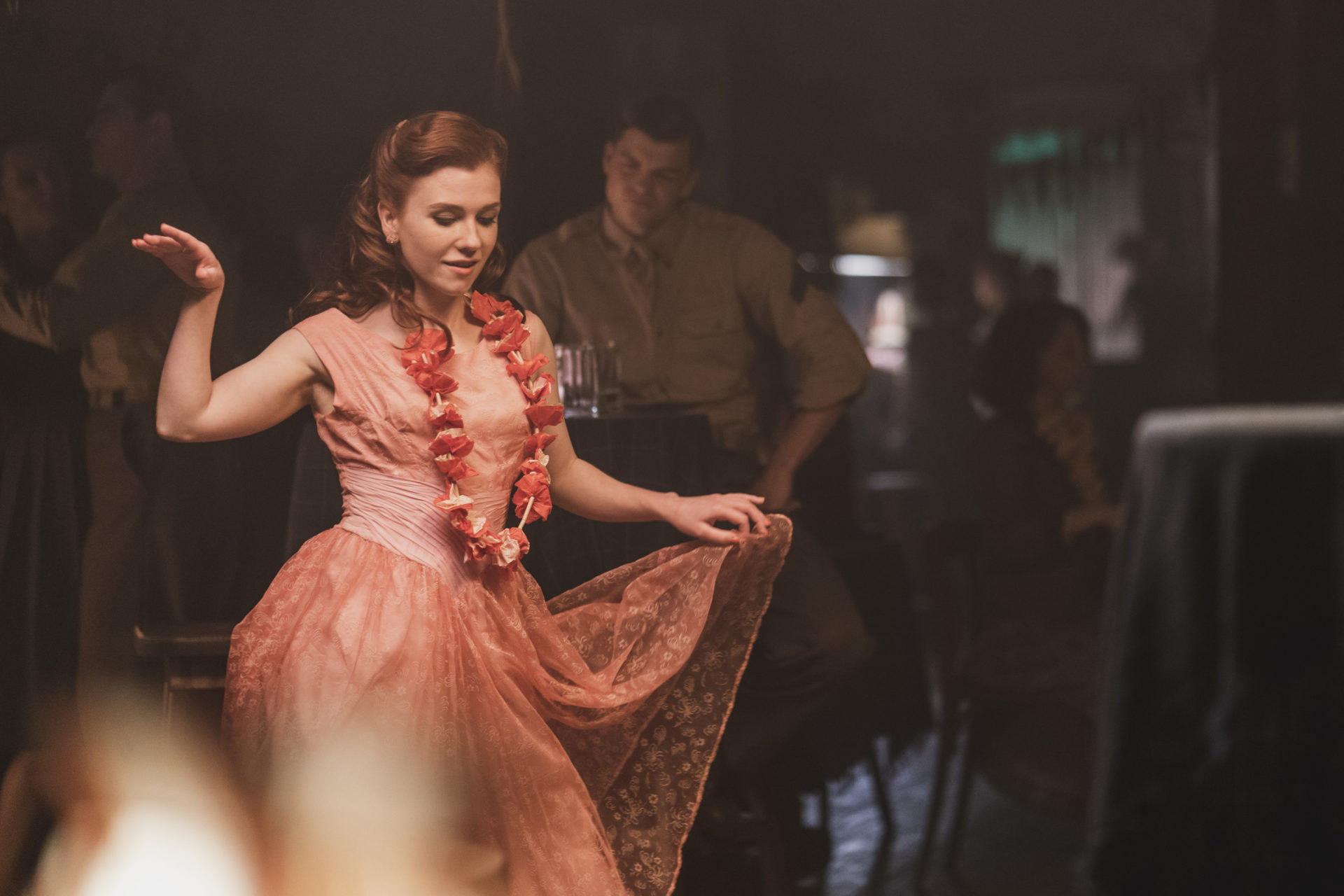 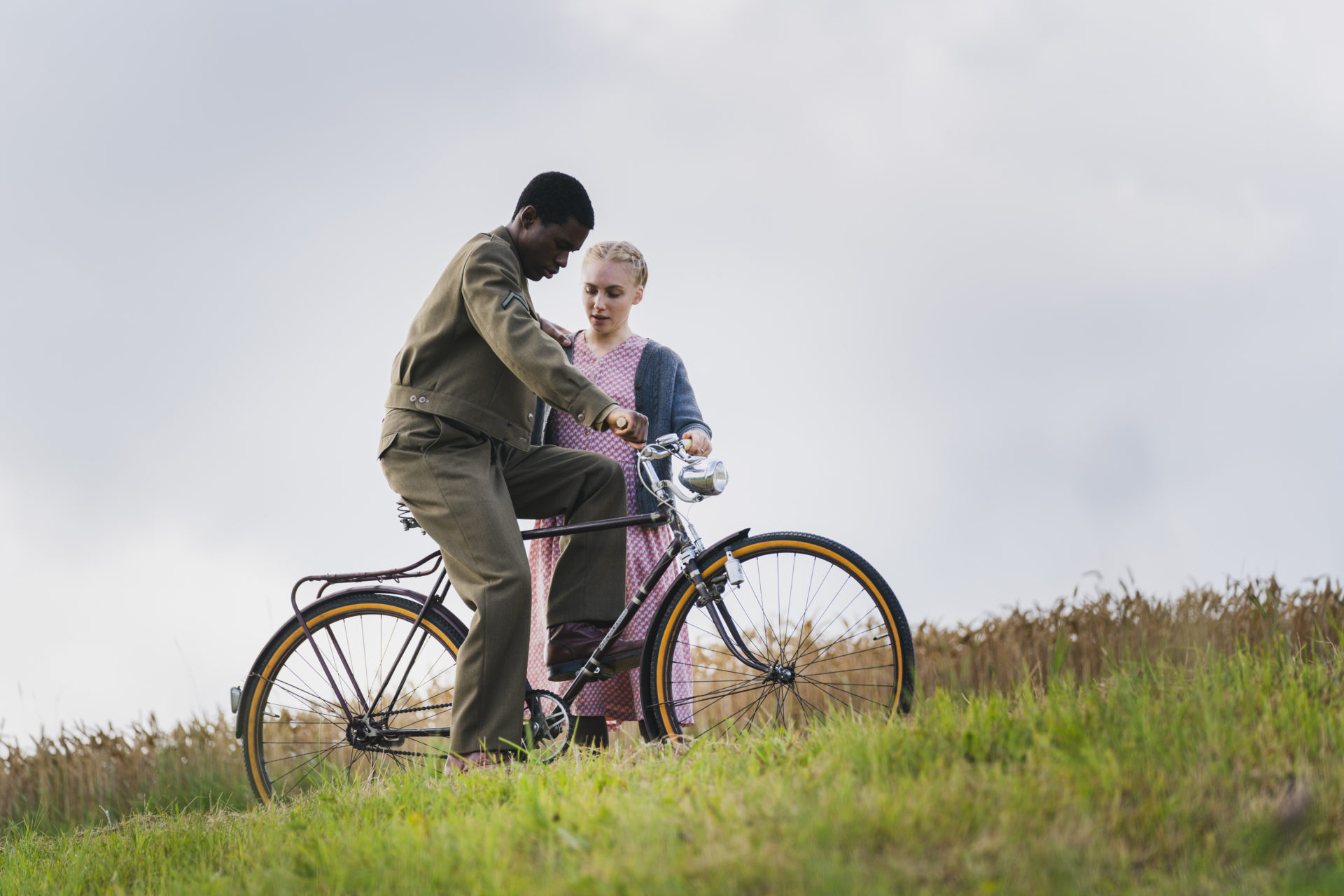 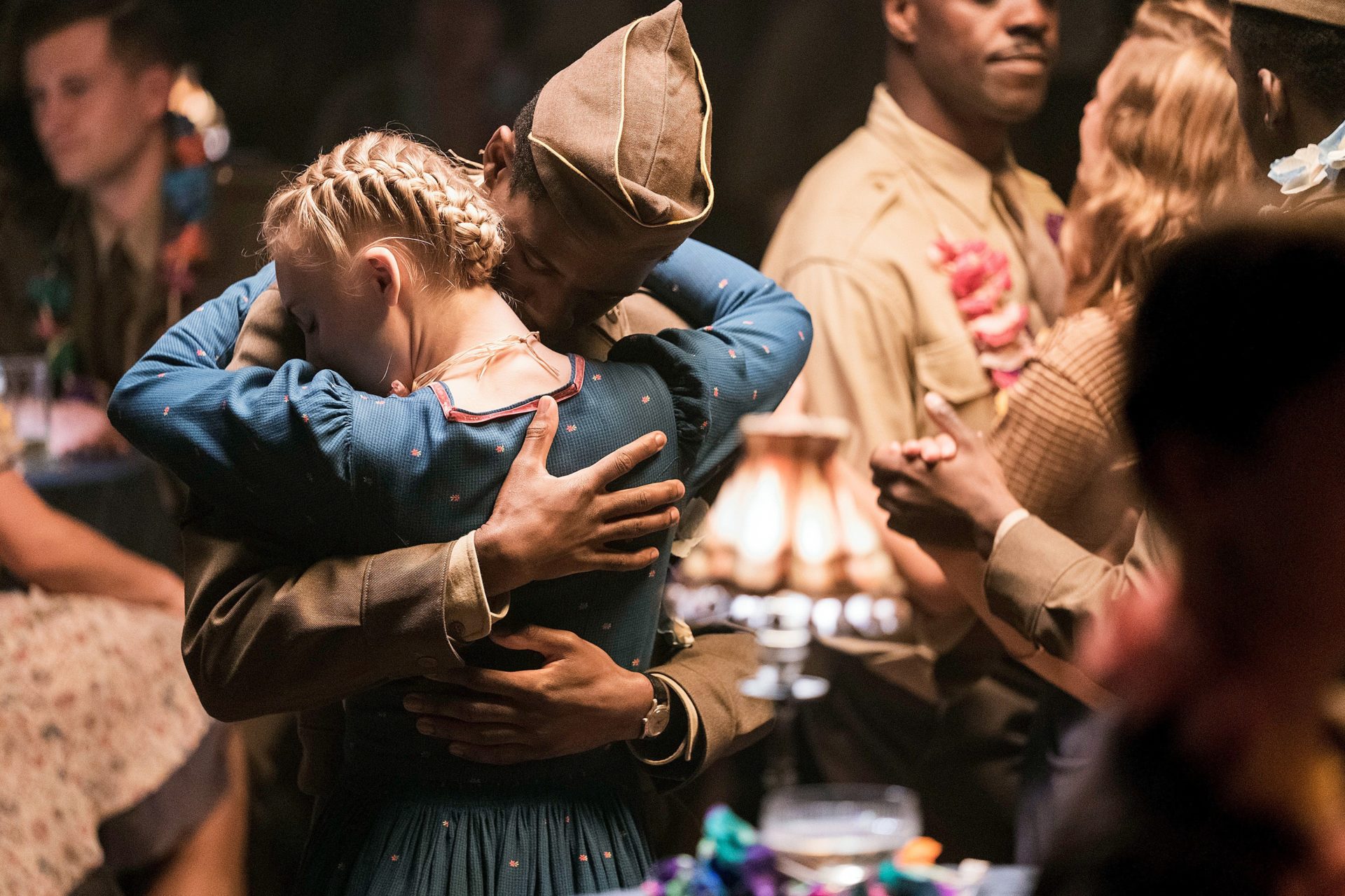 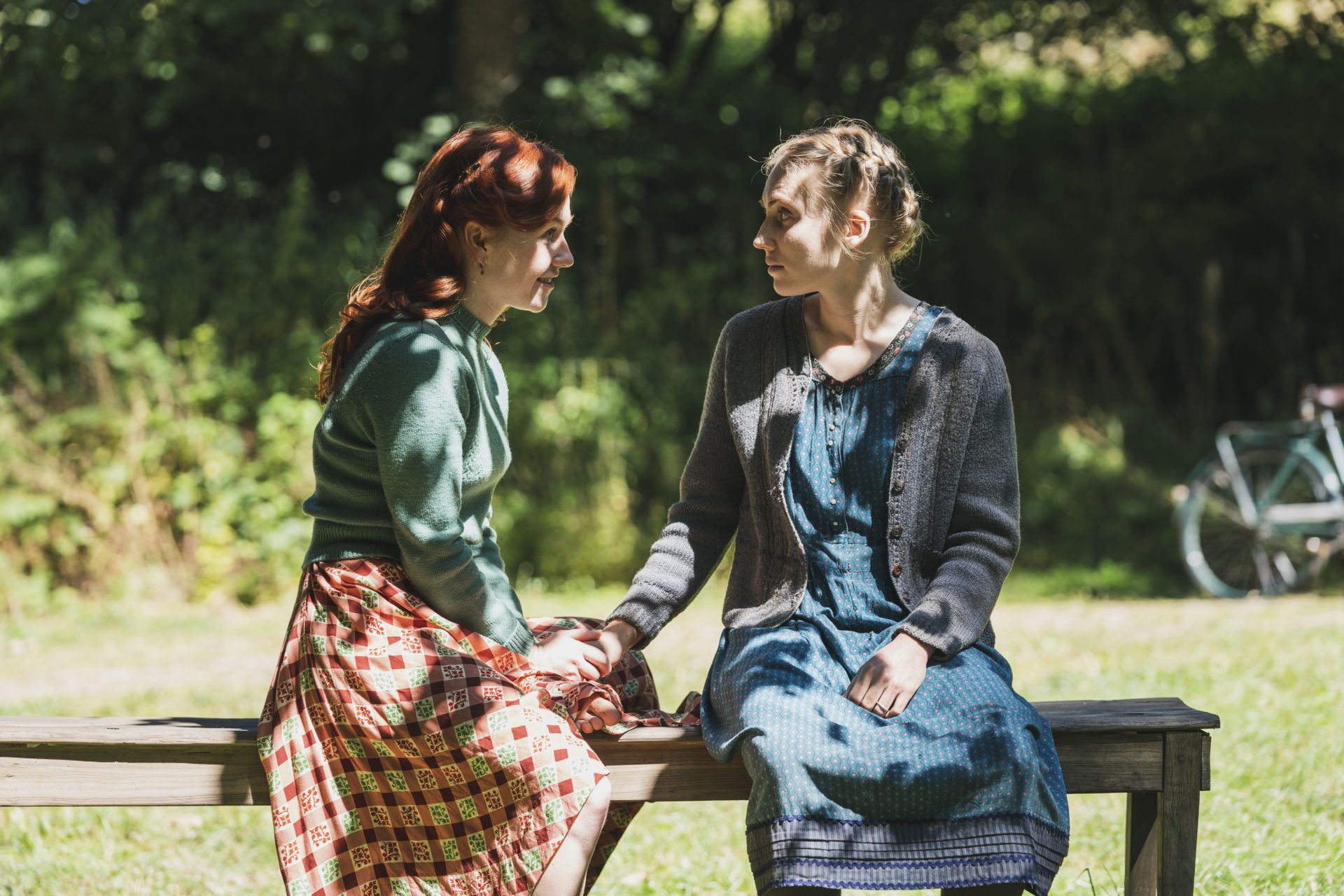 Between two worlds: A sense of freedom

Marie’s work on the base soon becomes more than just a job. Amy McCoy, the Colonel’s wife, who at first seems rather dismissive and arrogant, recognizes the farmer’s daughter’s potential and introduces Marie to the world of art and literature. Meanwhile, George makes further attempts to get closer to Marie, brings gifts to the Kastners and rents a room from them – against Marie’s will, but on the initiative of her little brother Vincent. He senses a good deal – also with the cigarettes that George brings him. Meanwhile, Erika – to the displeasure of her family – becomes absorbed in American dance culture. She persuades Marie to accompany her to the grand opening of the ‘Hawaii Bar’, which is to replace the old ‘Postschänke’ – to the indignation of the long-established regulars. First and foremost, the priest rages against the Americans’ way of life, which he sees as a threat to good manners in Kaltenstein, with which he is able to influence Erika’s mother, the mayor’s wife Anneliese Strumm, in particular.

At that time, nobody knows that the new bar owner, who is universally called ‘Schwiete’, is a descendant of a Jew who was driven out of town. Not even Marie and Erika, who enjoy their newfound freedom: Marie, by letting George ask her to dance, teaching him German vocabulary and how to ride a bike, and finally giving free rein to her feelings during a kiss by the lake. And Erika, by letting herself be hired by Schwiete for a revealing dance performance in the Hawaii bar and being carried around on hands by her ‘American Boys’. But both women face immediate consequences: Marie is intimidated by the military police not to get involved with a black man. And Erika is picked up by two nuns the next morning after a harrowing moral lecture by her parents.